Drunk at the screen: How alcohol brands maximise social media to reach consumers

A recent University of Queensland study has illustrated just how prevalent alcohol brands are on social media, and how their marketing strategies are reaching consumers in an environment far less regulated than traditional advertising. Using follower insights, brands are able to push messages at times most relevant to viewers inviting them to interact directly with the brand. But are these practices breaking regulations or are they a simple evolution of the advertising landscape?

Australians love a drink but alcohol is one of the most paradoxical facets of our culture. We laud the social value it holds and the notion of catching up with a mate for a beer, yet we are quick to blame it for our cultural shortcomings. It is ingrained in our psyche and advertisers have leveraged its position for decades. As regulations tightened and its associations with sporting codes and other cultural events shifted, alcohol brands had to innovate and evolve their communications thinking. This shift didn’t just apply to brands themselves, but major alcohol stores like Liquorland and BWS had to reassess how they could reach their market. Personally, I find the current Liquorland ads (seen during the football and cricket) as the most overt purveyors of excessive drinking — their focus is not on what is being purchased, but how much, so their communications strategy revolves around volume. It’s difficult to argue against excessive drinking communications when a thirty second spot revolves around the financial benefits of purchasing half a dozen bottles of wine.

Alcohol brands, for the most part, are a lot more innovative in their communications. It’s hard to think of recent VB or Carlton Draught ads without cracking a smile, but they in no way make me want to buy a six pack of their beer. While I don’t like their product, I do enjoy their advertising and I feel that Australians are more discerning in their taste choices than whoever has the funniest advertising. That said, if Lagavulin wanted to share something with me, I’m happy to listen. 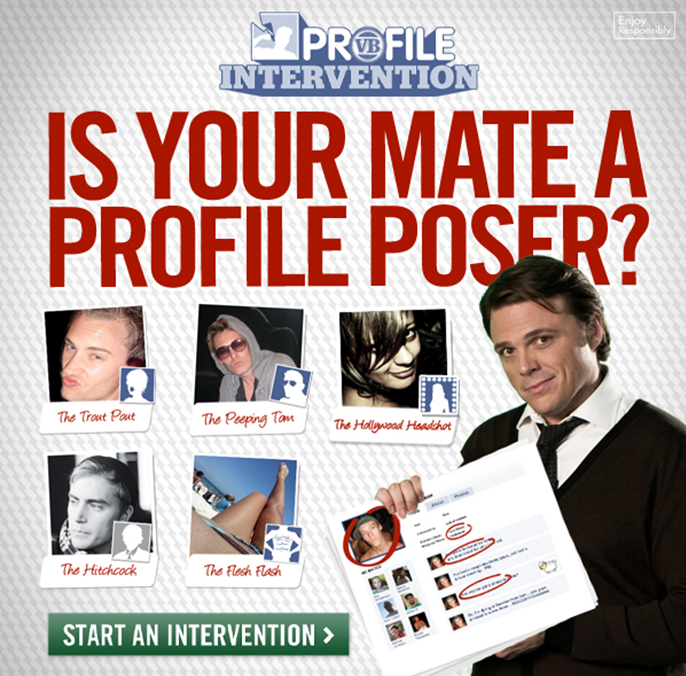 Researcher Dr Nicholas Carah has stated, “Alcohol brands are creating messages that target consumers based on who they are, their cultural preferences, their peer network and location. Currently there is no regulation to address how the alcohol industry collect information about consumers, the kind of information collected, nor how it is used to target consumers.” While this is largely true, Facebook still has its own advertising regulations that all brands (not just alcohol) have to adhere to. There is a level of regulation required to exist on Facebook and breaking those rules can see a page being shut down. So there is a line to run, and like most alcohol (and similar vices) advertising, pushing that line is paramount to a successful campaign. Stats show that they’re not all playing on the same field — the study found fewer than one in 10 items featured responsible consumption messages and only four brands used a responsible consumption watermark or message in more than 20 per cent of their content. That would not be acceptable on traditional advertising, so it is true that the online environment is significantly less moderated.

Just how successful and useful is the responsible consumption watermark and message? Is alcohol advertising somehow dulled down because of its inclusion or is it a superfluous addition to appease self-regulation? At the core of everything is the overwhelming desire of health bodies to modify behaviour. But their approach is to put alcohol brands in the spotlight and speak of their evils, instead of taking the more intelligent approach and reaching their market with education, value and insight. Beer commercials resonate because they can be funny, but VB or Carlton are not at fault for excessive drinking. That onus falls on the individual and either their predilection to addictive behaviour or a fundamental lack of understanding about the dangers of alcohol. It is this environment that health bodies should be using: take cues from alcohol brands and how they are successfully interacting with their audience, and use similar methods to promote education and knowledge — not just stand on their soap box and whinge. 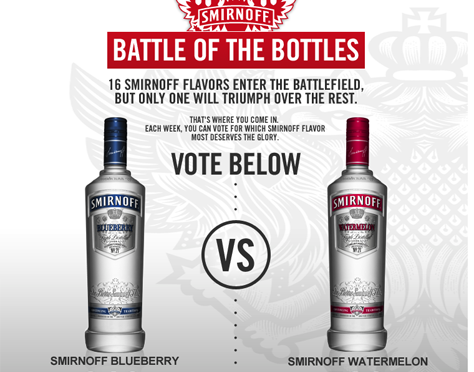 On the flipside, another study by researcher Michael Livingston from the National Drug and Alcohol Research Centre at the University of New South Wales has shown that there has been an overall decrease in underage drinking, thanks (according to the study) to social media. Of the 2500 young people surveyed, the study shows that the number of Australians between 14 and 17 years old who abstain from drinking alcohol has increased from 32.9 percent in 2001 to 50.2 percent in 2010. Livingston has stated, “The people who spend more time socialising by Facebook or gaming aren’t going and drinking with their teen mates any more, they’ve got alternative leisure activities.” So it seems we’re building a new generation of screen junkies and social shut-ins. But at least they’re sober.